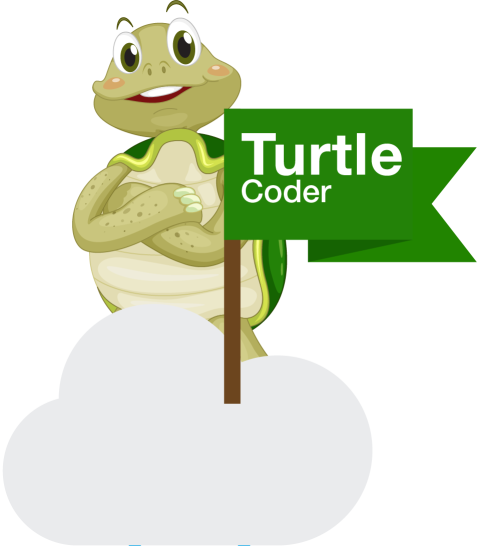 Welcome to Turtle Coder! Here at Pen Infotech we are going to teach your children the art of technology.

In this age of technology, it is children who will be the torch holder for this generation, so why not prepare them from now? Our Master Coder program is designed specifically for K12 children who are fascinated with how computer and Internet works. Here at Pen Infotech we will teach them everything from web development to software development and creating android apps!

We’ve come up with a curated list of some of the most fun, useful, and even challenging programming languages your kids may enjoy.
While we can provide some general recommendations on age groups for different programming languages, it will still be individual. Some young kids may simply have a talent for programming and can dive right into a complicated language like C++. Conversely, an older child may take to a visual programming interface that helps them do something fun like build a gaming environment, but they might have little interest or aptitude for written programming languages.

What children will learn:

1.Scratch
MIT's Scratch is a free programming tool designed for kids that runs in any modern Web browser. Anyone can run it at https://scratch.mit.edu. Its visual style was influenced by the Logo program, a staple of programming classes for children of the '80s and '90s. But Scratch is much more than yet another Logo knockoff.

2.Show source code for actual programs. Don't just talk concepts at them.
Despite its intellectual reputation, programming is a hands-on skill that requires practice, more than just reading books. Python's interactive shell encourages experimentation to find out what instructions do. If you are tutoring your kids directly, writing code goes a long way compared to just talking concepts at them. Even after learning about variables, loops, and functions, sitting in front of a blank editor and starting a new program is intimidating. Sit with them and describe the code they should write line by line.

3. Games are fun programming projects.
Programming video games is a common starting point for many young coders. Angry Birds, Minecraft, Flappy Bird, Five Nights at Freddy's, and other games are prime sources of inspiration. I've written a free book, Invent Your Own Computer Games with Python, which demonstrates coding concepts with the complete source code for several simple game projects (Tic Tac Toe, Hangman, etc.).
Be warned that games your kids love might not make great programming projects when they're just starting out. Many games require teams of developers, artists, and designers to put together. Games that require a lot of level-design and artwork can overwhelm beginners. It's much more satisfying to complete a simple game, than to start and never finishing a massive project.

Glimpse of what we teach

Coding teaches kids that finding a solution to a problem often involves a logical sequence of steps or actions. It helps to develop problem solving skills such as perseverance, trial and error and understanding of cause and effect, analytical thinking and reasoning skills, as well as math and language skills.
There’s no denying that computer science is essential to our lives. Technology makes our lives easier (most of the time!) and everywhere you turn you are surrounded by technology. From your TV to your phone to your car and smart home appliances.
Computer programming is an in-demand and lucrative career path, so parents may hope their children grow up to be software programmers. If you want your kids to learn how to program, where do you start?

Do you want to Join a demo session?
Send us your details!